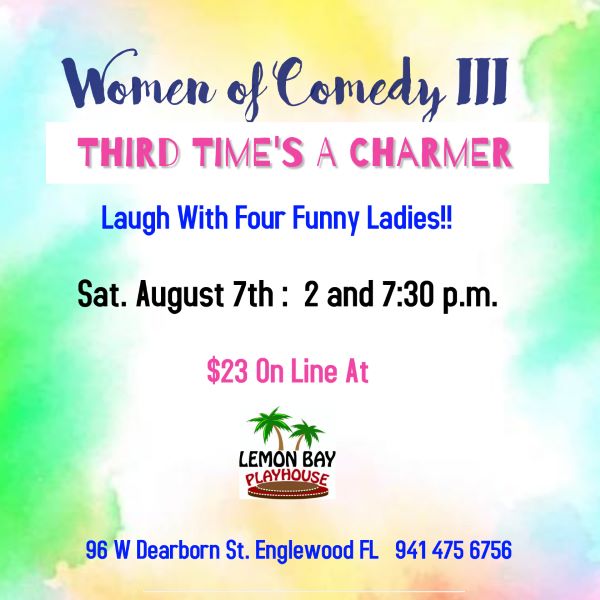 As seen on 30+ TV appearances including A&E’s An Evening at the Improv and The Tonight Show with Jay Leno, Leslie Norris Townsend offers an intriguing look at marriage, motherhood and trying to balance it all while maintaining your sanity! A first runner-up as both Miss Georgia and Miss Florida, she won the talent competition both times. Her skills landed her at Walt Disney World as an actress, singer and comedian. Soon Hollywood called and she found herself performing next to the likes of Robin Williams and Bryan Cranston. Leslie left that behind for her husband and children. She moved from Hollywood to rural Ohio to live and work on her family’s 100 year old farm where she’s grown a lot of new material! Leslie tours clubs, appears at corporate, community and private events, and heads the National Clean Comedy Contest discovering exciting new talent and teaching comedy boot camp classes.

Michelle hails from Chicago. Her comedy centers on her mid-western, middle class, and middle child views. Her original plan was to work at The Second City where she trained after getting her theater degree, but rather than starve, she taught special ed until the time was right to start her stand up career. She believes most comedy comes from imperfect people living in an imperfect world.

Tara has made her beloved husband of 30 years (Bob) and others– from Vancouver and New York City to commercial and private venues around Tampa Bay and SW Florida– laugh for over a decade. She was a finalist in 102.5 The Bone’s “Last Comic Stranded” competition, and McCurdy’s and Visani’s Open Mic comedy challenges, where she will be competing for the 2021 Title this September.

Tickets are nonrefundable and can only be exchanged for a different seat or time for this production, subject to availability.