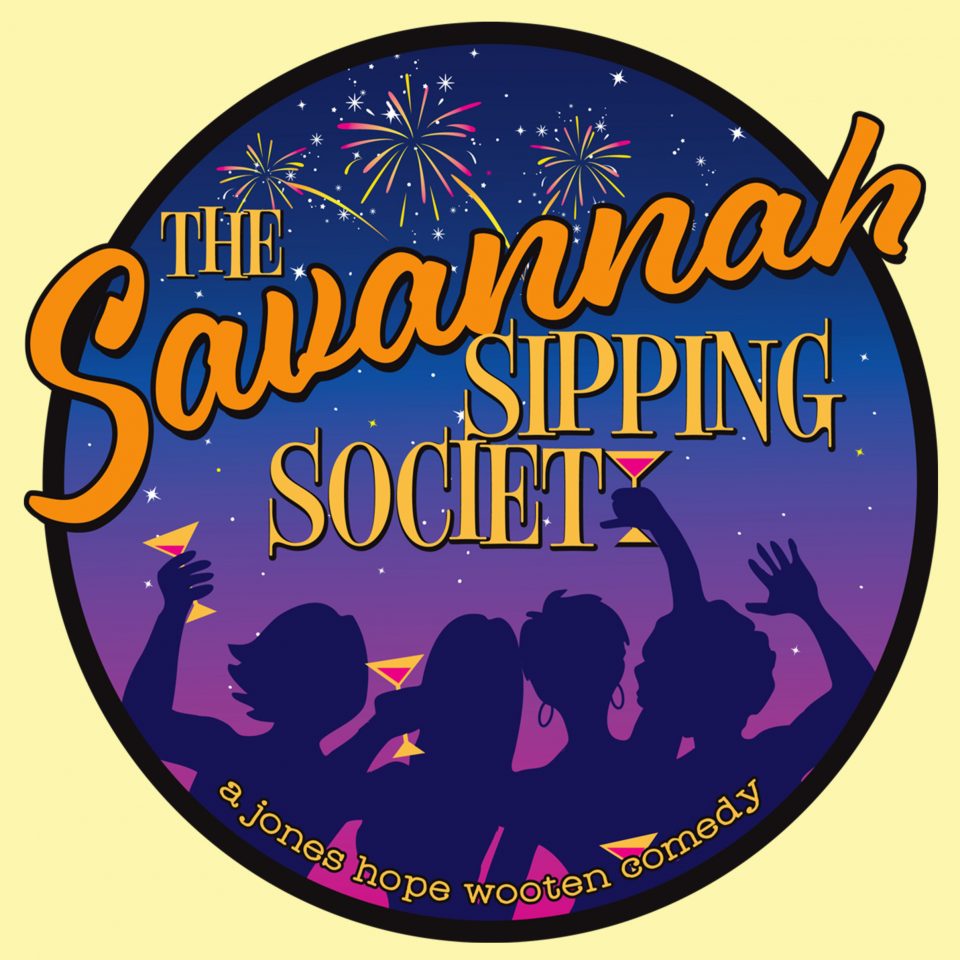 Please Note: Due to difficulties in finding an actor to fill a role, the show “Vanya and Sonia and Masha and Spike” has been replaced with the show “The Savannah Sipping Society” written by Jessie Jones, Nicholas Hope, Jamie Wooten.  Our apologies for the change but we are sure you will enjoy the delightful, laugh-a-minute comedy that was substituted.  Your tickets purchased for ” Vanya and Sonia and Masha and Spike ” are now valid for “Savannah Sipping Society.”

In this delightful, laugh-a-minute comedy, four unique Southern women, all needing to escape the sameness of their day-to-day routines, are drawn together by Fate—and an impromptu happy hour—and decide it’s high time to reclaim the enthusiasm for life they’ve lost through the years. Randa, a perfectionist and workaholic, is struggling to cope with a surprise career derailment that, unfortunately, reveals that she has no life and no idea how to get one. Dot, still reeling from her husband’s recent demise and the loss of their plans for an idyllic retirement, faces the unsettling prospect of starting a new life from scratch—and all alone. Earthy and boisterous Marlafaye, a good ol’ Texas gal, has blasted into Savannah in the wake of losing her tom-cattin’ husband to a twenty-three-year-old dental hygienist. The strength of her desire to establish a new life is equaled only by her desire to wreak a righteous revenge on her ex. Also new to town, Jinx, a spunky ball of fire, offers her services as a much-needed life coach for these women. However, blinded by her determination and efforts to get their lives on track, she over-looks the fact that she’s the one most in need of sage advice. Over the course of six months, filled with laughter, hilarious misadventures, and the occasional liquid refreshment, these middle-aged women successfully bond and find the confidence to jump-start their new lives. Together, they discover lasting friendships and a renewed determination to live in the moment—and most importantly, realize it’s never too late to make new old friends. So, raise your glass to these strong Southern women and their fierce embrace of life and say “Cheers!” to this joyful and surprisingly touching Jones, Hope, Wooten comedy!

Reserved seat tickets are $23. Student tickets are available at $14 each.
Discount available for groups of 20 or more, call 941-474-9610.
Tickets are nonrefundable. You may exchange your tickets for another performance of the same production for a $2.00 exchange fee per ticket. Exchanges must be made 48 hours prior to the performance time on the tickets.