The Prisoner of Second Avenue

Mel Edison is a well-paid executive of a high-end Manhattan firm, which has suddenly hit the skids, and he gets the ax. His wife Edna takes a job to tide them over, then she too is sacked. Compounded by the air-pollution killing his plants, and with the walls of the apartment being paper-thin, allowing him a constant earful of his neighbors’ private lives, things can’t seem to get any worse. Then he’s robbed, and his psychiatrist dies with $23,000 of his money. Mel does the only thing left for him to do ‒ he has a nervous breakdown and it’s the best thing that ever happened to him. 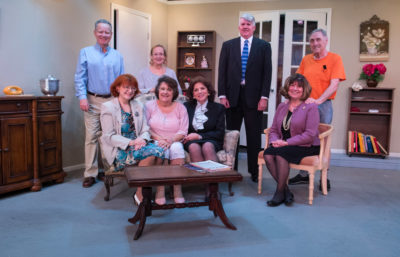 Reserved seat tickets are $23. Student tickets are available at $18 each.
Discount available for groups of 20 or more, call 941-474-9610.
Tickets are nonrefundable. You may exchange your tickets for another performance of the same production for a $2.00 exchange fee per ticket. Exchanges must be made 48 hours prior to the performance time on the tickets.