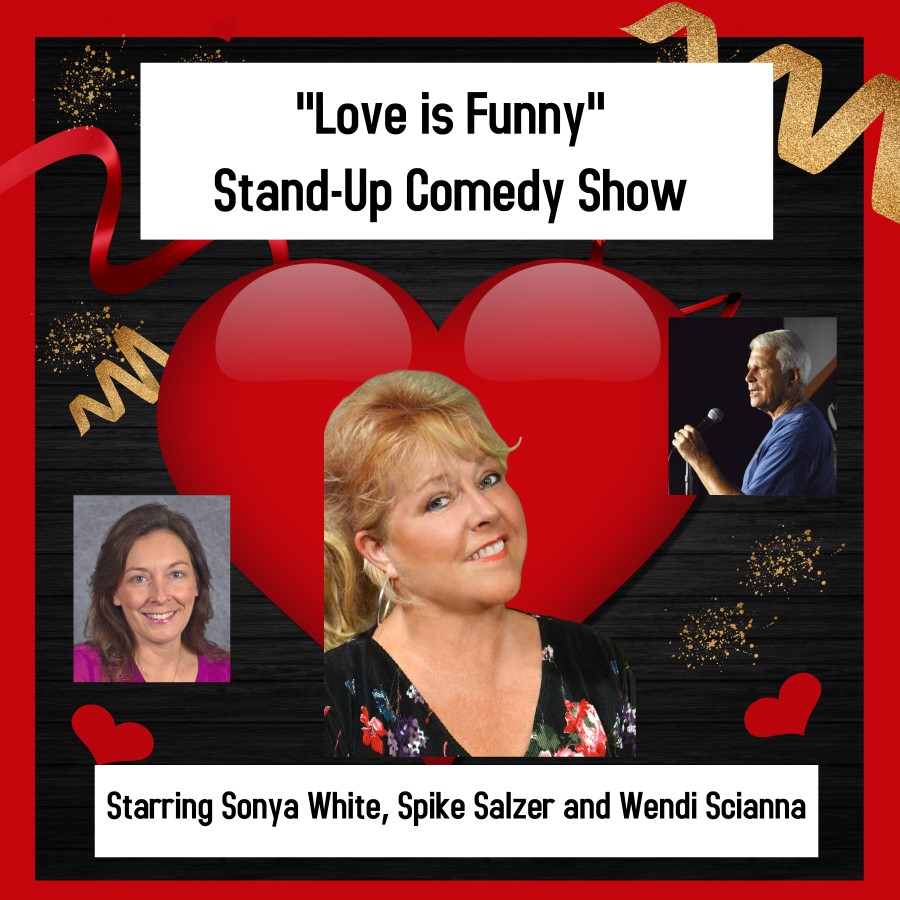 Come enjoy nationally touring stand-up comedian, actress and impressionist Sonya White in this Valentine’s week event. Sonya is a high-energy entertainer making a special stop at Lemon Bay Playhouse after filming her DryBarComedy.com special and touring with “The Southern Fried Chicks.” Her country charm and city-wise street smarts earned her spots on Star Search, Last Comic Standing, HBO, Comedy Central, cruises, corporate events, community development centers, college campuses, and she’s even played a colorful character on The Jerry Springer Show. A member of the Screen Actor’s Guild and The American Federation of TV and Radio Artists, Sonya rollicks with stories about her life, friends, beaus, family and hilarious reflections on the world at large. Find out more about Sonya at sonyawhitecomedy.com.

Joining Sonya is Tampa Bay’s Spike Salzer.  If Leslie Nielson and Steve Martin had a love child, that would be Spike. His dry delivery and woeful tales from the battlefield of love will have you in stitches. He’s a favorite at the National Clean Comedy Challenge and a Visani’s First Comic Standing finalist often on stage at Coconuts Comedy Club in St. Pete.

Proving you can never have too many talents, one of Lemon Bay Playhouse and The Charlotte Players’ favorite actresses, Wendi Scianna, is bringing the funny, too. We’ve heard a rumor Wendi’s recently fallen in love. Come find out who’s won her heart!

Kathy McSteen hosts this Florida Comedy Network show.  Get your tickets early as these shows usually sell out.

Reserved seat tickets are $23. Student tickets (with proper ID) are available at $18 each.
Tickets are nonrefundable.