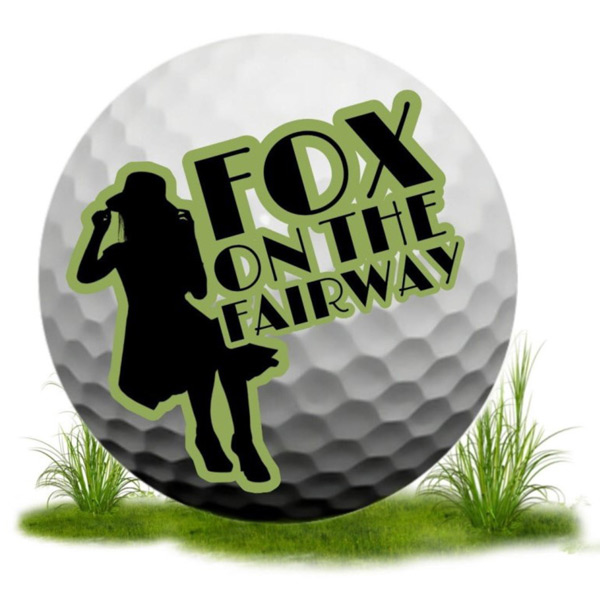 The Fox on the Fairway

Bingham, president of the Quail Valley Country Club, is in a difficult position. Not by finding out that his newly hired hand, Justin, is in love with Louise, the waitress at the club house. Instead, the discovery that the golfer he thought would play for his club has switched sides and has been recruited by his counterpart and opponent, the cocky and arrogant Dickie. The huge bet he had foolishly wagered is now likely to be lost. Fortunately, he discovers that Justin is actually quite a good golfer and finagles his nomination. Justin does not disappoint and has a huge lead, when close to its end the tournament is interrupted by bad weather. When Justin learns that Louise has lost the engagement ring he gave her – she accidentally flushed it down the toilet – he comes unglued. The game resumes the next day, but Justin loses the lead and, upset, takes an unfortunate swing breaking his arm. Bingham is desperate, and the appearance of his wife complicates the matter, as she catches him much too close to Pamela, his sex-starved vice-president. Can Bingham find a replacement for Justin to win the game, win the wager, and get his life in order? 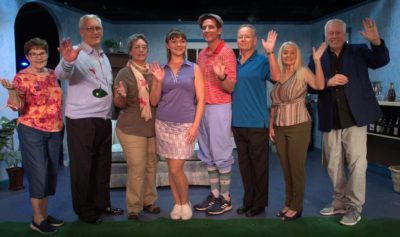 The cast and crew for “The Fox on the Fairway” are getting ready for opening night but take a few minutes to pose for a picture for all to enjoy. Standing (left to right) are Donna Hadley (Stage Manager), Mike Gilbert (Dickie), Pam Hayes (Muriel), Haley Hines (Louise), Henry Barre (Justin), Jim Manns (Bingham), Terry Williams (Pamela) and Steve Black (Director).

Reserved seat tickets are $23. Student tickets (with proper ID) are available at $18 each.
Discount available for groups of 20 or more, call 941.474.9610.
Tickets are nonrefundable. You may exchange your tickets for another performance of the same production for a $2.00 exchange fee per ticket. Exchanges must be made 48 hours prior to the performance time on the tickets.